Having gained experience as a guide for Edinburgh Bus Tours, and as an Edinburgh walking tour guide, I can offer walking tours based around the stories of Edinburgh, focussing mainly on the Old Town, and can tailor these from one to two hours, fitting your individual interests. Come and be fascinated by this beautiful, unique city, and the stories she holds.

I can lead you through the narrow winds and closes that snake off the Royal Mile in Edinburgh Old Town, from Edinburgh Castle at the top to Holyrood Palace at the bottom, with many fascinating diversions along the way. Learn about Half Hangit Maggie down in the ancient Grassmarket, the mysteries held within the castle walls, the ghosts and wandering spirits of Greyfriars Kirkyard, the witch hunts of King James and the tumultous life of his mother, Mary Queen of Scots. Learn of the antics of Bonnie Prince Charlie, the riots and rumblings of the Edinburgh mob, the poets and pioneers from Robert Burns to Elsie Inglis, and the terrible deeds of Burke and Hare.

Learn of the “ordinary folk” too, and the lives they were forced to lead when many lived and died without ever venturing outside  the city’s ancient walls.

In sharp contrast to the  medieval Old TownYou can also explore the elegant Georgian streets of the New Town (only a few centuries old, that’s new in Edinburgh’s books!),  home of the likes of Robert Louis Stevenson and inventors such as Alexander Graham Bell 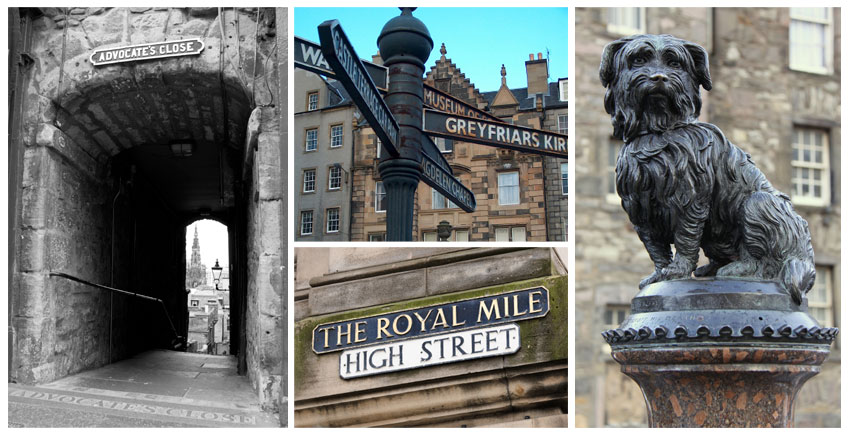 In 2012 I was thrilled to become a Storytelling Guide for Edinburgh Festivals, entertaining visiting Ministers for Culture from all over the world as they took a break from the London Olympics to see Britain’s other capital!

If you’re looking for something a little bit different, why don’t you get in touch and we can organise your  Edinburgh Storytelling Tour?